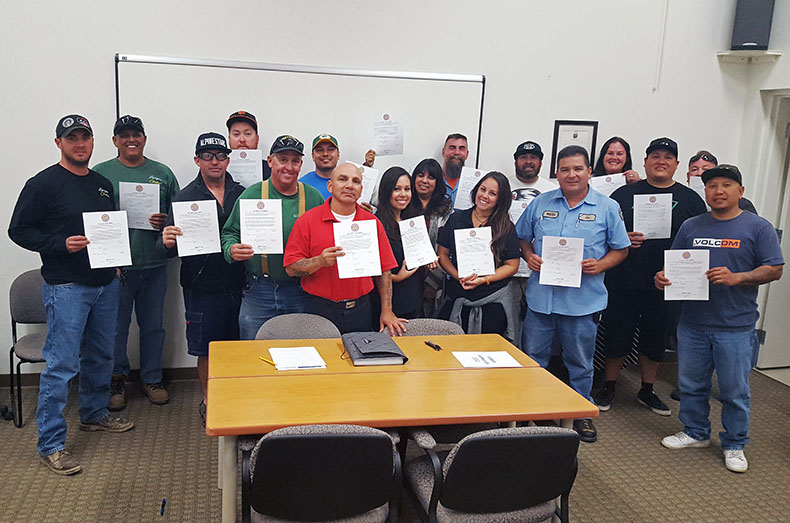 The Supreme Court’s recent Janus decision was despicable, spitting in the face of decades of common-sense precedent. There’s no question about that.

But Janus is not the end of our fight.

Through every punch thrown at working people in our history—every wage-slashing boss, every union-busting law, every strike-breaking massacre—we have rallied together, stronger for our shared struggle.

Our future is and always has been in our own hands. We have never looked to Washington to strengthen or validate our movement.

So while pundits rush to blather in front of a camera, we’re doing the painstaking business of organizing—building the labor movement, person by person.

A few locals in particular are offering up powerful models for success.

Electrical Workers (IBEW) Local 1245, faced with a likely union-busting decision from the Supreme Court, knew that inaction wasn’t an option. Management and other anti-worker interests would be eager to launch an aggressive, well-funded anti-union campaign, undermining the local’s collective voice wherever they could.

The local’s members haven’t surrendered to a future decided by those forces. Instead, they’ve been rallying together and strengthening their union one conversation at a time.

At the direction of Business Manager Tom Dalzell, the local established and trained volunteer organizing committees (VOCs) at each of their 34 public sector worksites.

“Our fundamental principle was that our members, if offered the opportunity, would jump at the chance to lead their co-workers and set ambitious goals,” said IBEW Local 1245 veteran organizer Fred Ross.

Aimed at overhauling the local’s internal organizing program, the project in fact started rather simply. Local leaders sat down with new committee members and listened to their stories—the distinct but universally motivating experiences that were driving each of them to give their time and energy to organizing.

They talked about the difference that unionism had made in their lives. Some had come up in union households, witnessing firsthand the economic opportunities gained through a union card. Others were the first in their families to join a union, gaining rights and dignities on the job that their parents could have only dreamed of.

Such powerful stories made powerful organizers. Members have indeed jumped at the chance to play a leadership role. What’s more, they are meeting and outpacing their lofty organizing goals.

A year since IBEW Local 1245’s VOCs formed, 25 of their public sector worksites have secured voluntary dues commitments from at least 80% of members—including 15 that have rallied together 100% of their membership. Meanwhile, the VOCs have grown to 214 members strong.

“Our public sector VOC leaders took ownership of this fight-back campaign to defend and strengthen our union,” Ross said.

“VOCs are the heartbeat of our campaigns,” added Eileen Purcell, the local’s lead organizer for the campaign. “Our goal has been to build leadership and capacity—before, during and after the Supreme Court decision. These leaders have been and continue to be our most powerful organizing tool.”