Calling out the billionaires who opposed funding for schools 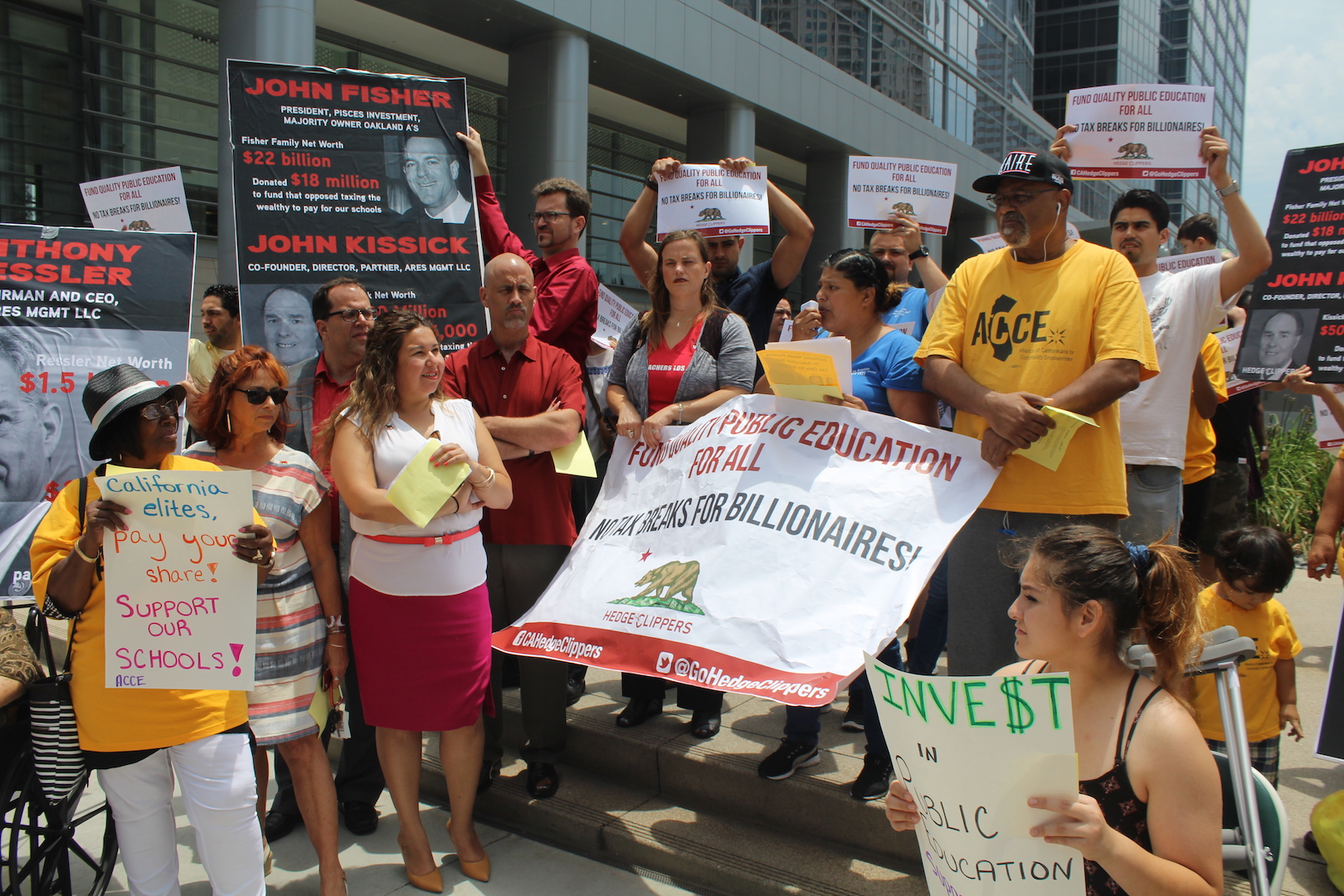 Explosive new report reveals wealthy Californians who tried to defeat Prop. 30 while professing to champion the needs of children and public education 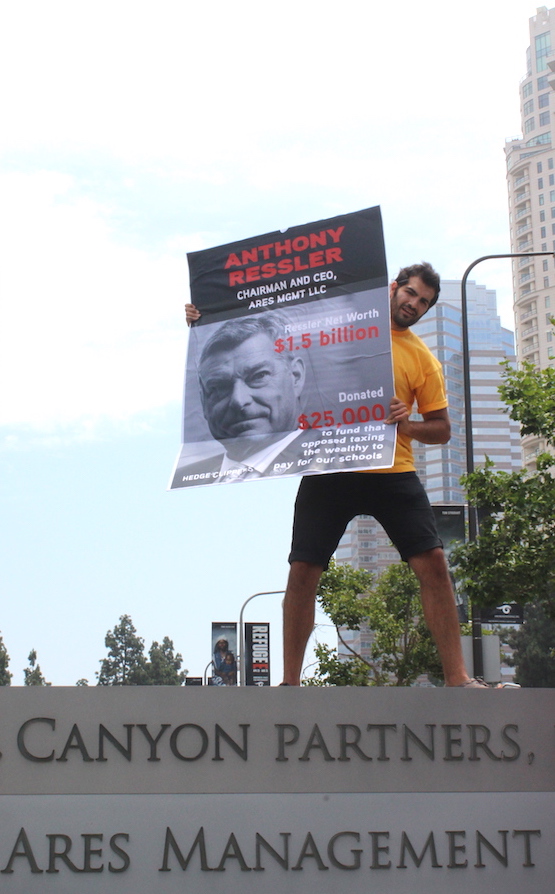 outside the Century City offices of two of the billionaires exposed in a new report, “Hidden Donations Brought to Light: How the Wealthy Elite Tried to Defeat Proposition 30.”

The report reveals the names of numerous previously undisclosed wealthy Californians who donated to a shadowy political group focused on defeating Prop. 30 while associating themselves with public schools that benefited from increased tax revenue.

The action took place outside the offices of Ares Management LP. Two of the millionaires named in the report—Anthony Ressler and John Kissick—are partners in Ares. Ressler is also a founder and former board chair of Alliance charter schools, which continues to wage an illegal anti-union campaign against its own educators. Some of the secretive funding uncovered in the report also went to anti-union Prop. 32, a measure that would have silenced the political voice of educators and other employees.

A companion event was also held in San Francisco outside the offices of Gap, Inc. John, Doris, William, and Richard Fisher, heirs to the Gap fortune, contributed $18.3 million to Americans for Job Security in 2012, the secretive group that funded a “No on Prop 30” PAC in California, while sitting on boards of California schools that have profited from Prop. 30 funds.

The release of the report kicked off California Hedge Clippers, a new campaign to combat dark money in politics and expose strategies used by billionaires to undermine public education and other social services. UTLA is a partner in this coalition, along with ACCE, AFSCME 3299, POWER, the Courage Campaign, SEIU Local 721, and others. 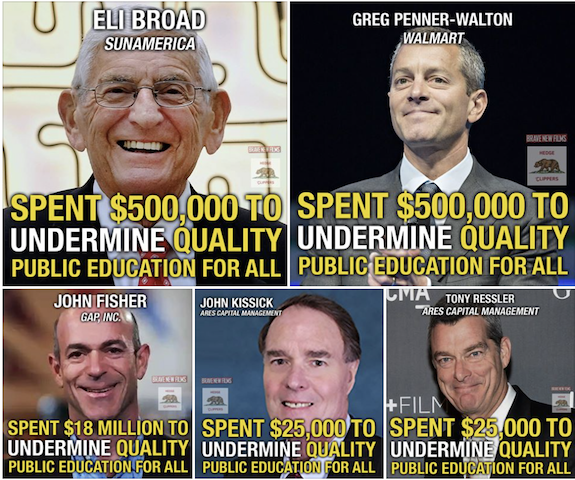 ABOUT CALIFORNIA HEDGE CLIPPERS
From Sacramento to San Diego, hedge fund managers, private equity investors, and real-estate speculators are buying elections and increasing their wealth at our expense. Across California, a close-knit group of billionaires plays a growing role not just in government, but also in the future of the economy, education system, criminal justice system, environment, and much more. Indeed, whether it’s through funding Super PACs, destroying jobs, dismantling public schools, increasing mass incarceration, accelerating climate change, or gentrifying neighborhoods, the fingerprints of the financial elite can be traced—and felt—in so many facets of our daily lives as residents of this state.

California Hedge Clippers is a new campaign to combat the dark money schemes and strategies used by the billionaire class to advance their agenda. The work is part of the national Hedge Clippers campaign, which has undertaken similar efforts against the harmful influence of billionaires in other states throughout the country.