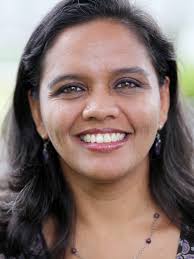 Sarita Gupta is the Executive Director of Jobs with Justice (JwJ). JwJ is building a strong, progressive labor movement that works in coalition with community, faith, and student organizations to build a broader global movement for economic and social justice.

, a bill that would effectively prohibit professional football, baseball, basketball, soccer, and hockey players at the major and minor league levels from accessing the state's workers compensation system. Currently, California has one of the only systems in the country that doesn't restrict filing a claim to within a certain time after an injury, thereby allowing players to file claims for cumulative trauma, i.e., injuries that build up over a career of intense physical strain and often don't manifest until decades later. Introduced by Assemblyman Henry Perea (D-Fresno), this bill would limit the time frame for submitting claims and is supported, of course, by the usual big corporate suspects: owners of professional sports teams and insurance companies.