Editor's note: Yesterday, scores of reporters, editors and workers at the San Francisco Chronicle used the social media tools of their trade — including Twitter and Facebook — in an unusual protest against the move by Hearst Corp., their paper's privately-held parent firm, to force employees into a management-dictated health system that dramatically raises costs for the employees. Below, Chronicle reporter Nichael Cabanatuan shares his first-hand account from the newsroom and explains why he and his fellow workers are taking action. 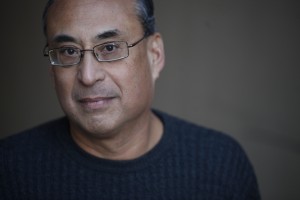 My name is Michael Cabanatuan. Like most of my co-workers, I love working for the Chronicle.

I never expected to make big money writing for a newspaper, even though it’s a demanding, often stressful job. None of us did. But we did expect to be paid decent, if modest, salaries we could live on, good health insurance, a reasonable amount of time off and some retirement.

We showed our love for the Chronicle a few years ago when times were tough by sacrificing pay raises, vacation time and holidays and by letting Hearst end our pension plan. Our donations to the Hearst Corp. — not to mention our hard work — have helped turn the Chronicle toward profitability. (Not that they’ve ever said thank you.) No, Hearst has simply taken — and taken advantage of our love for journalism and for the Chronicle.

Now, when Hearst should be showing us a little love, and recognizing our contributions, the corporation wants to force us to pay huge increases for health care coverage under an inferior plan. Yeah, they’re offering a pay raise – a whopping 1.5 percent on wages that even the company admits are too low.

It doesn’t take a mathematical genius to figure out that this is a significant pay cut. All of us will lose hundreds, some will lose thousands, of dollars a year – even after the pay raises are factored in. And many of us, myself included, will be forced to question whether we can afford to continue to work at the Chronicle in the jobs we love.

THREE WAYS TO TAKE ACTION TO SUPPORT THE CHRONICLE WORKERS