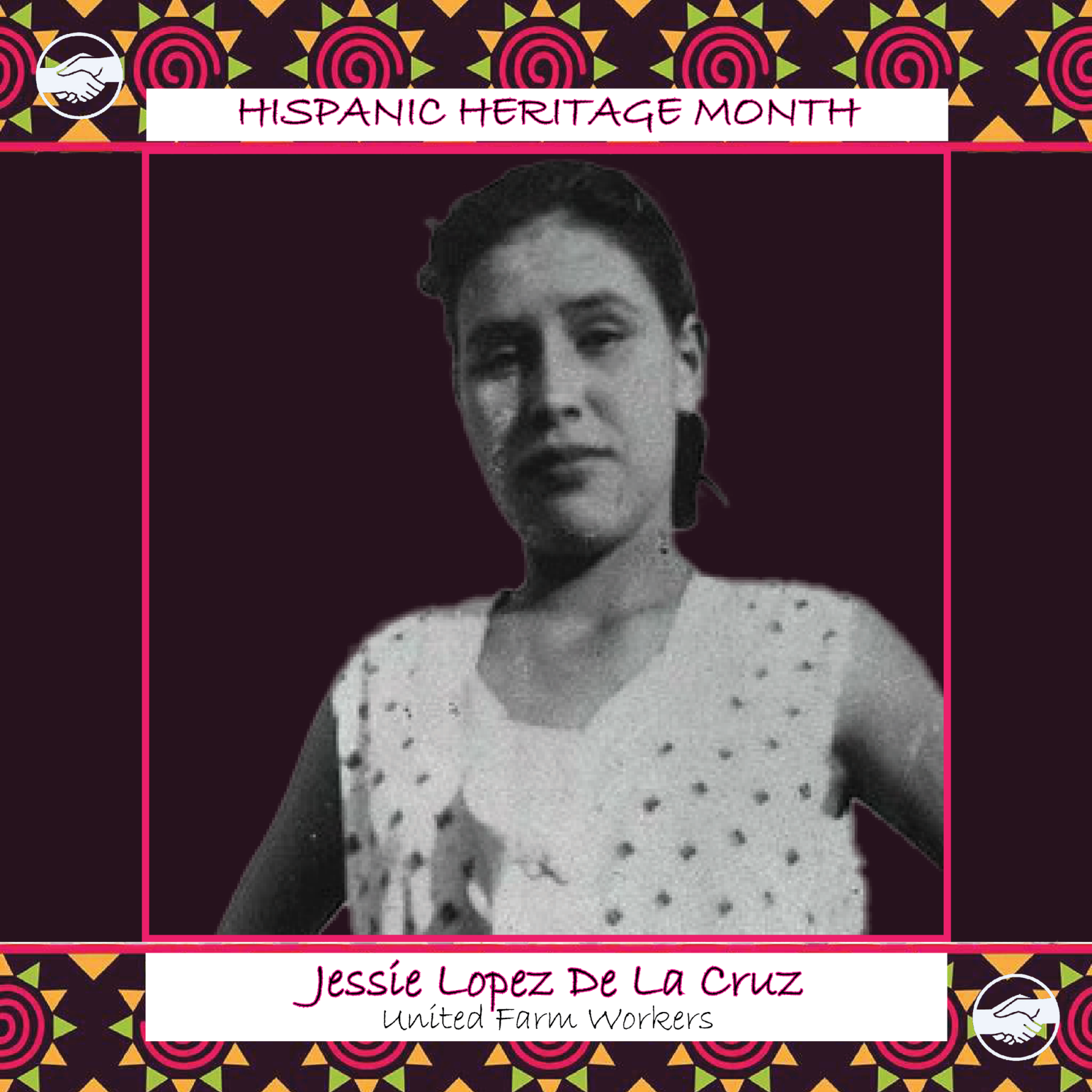 Jessie Lopez de la Cruz grew up in a family of Mexican migrant workers. From a young age, Lopez de la Cruz worked in the fields across California, experiencing firsthand the grueling living conditions, poverty-level wages, and daily brutal exploitation – conditions farm workers continue fighting today. That changed in 1960 when, inspired by Cesar Chavez and his growing movement in California, Lopez de la Cruz joined the National Farm Workers Association (which would later become the United Farm Workers) as its first female recruiter. In becoming the union’s top recruiter, she enrolled resident and migrant workers and led or participated in a variety of actions, such as picketing stores, advocating for the safety of Mexican American workers and against employer corruption and abuse.

Through her activism, Lopez de la Cruz led a successful campaign to outlaw the use of the short-handled hoe, a tool that harmed workers by forcing them to bend their bodies at distressing angles for prolonged periods of time, which often led to crippling back injuries. Additionally, Lopez de la Cruz served as an advisor to municipal and state governments on farm worker rights, remaining active until her retirement in the early 1990s.