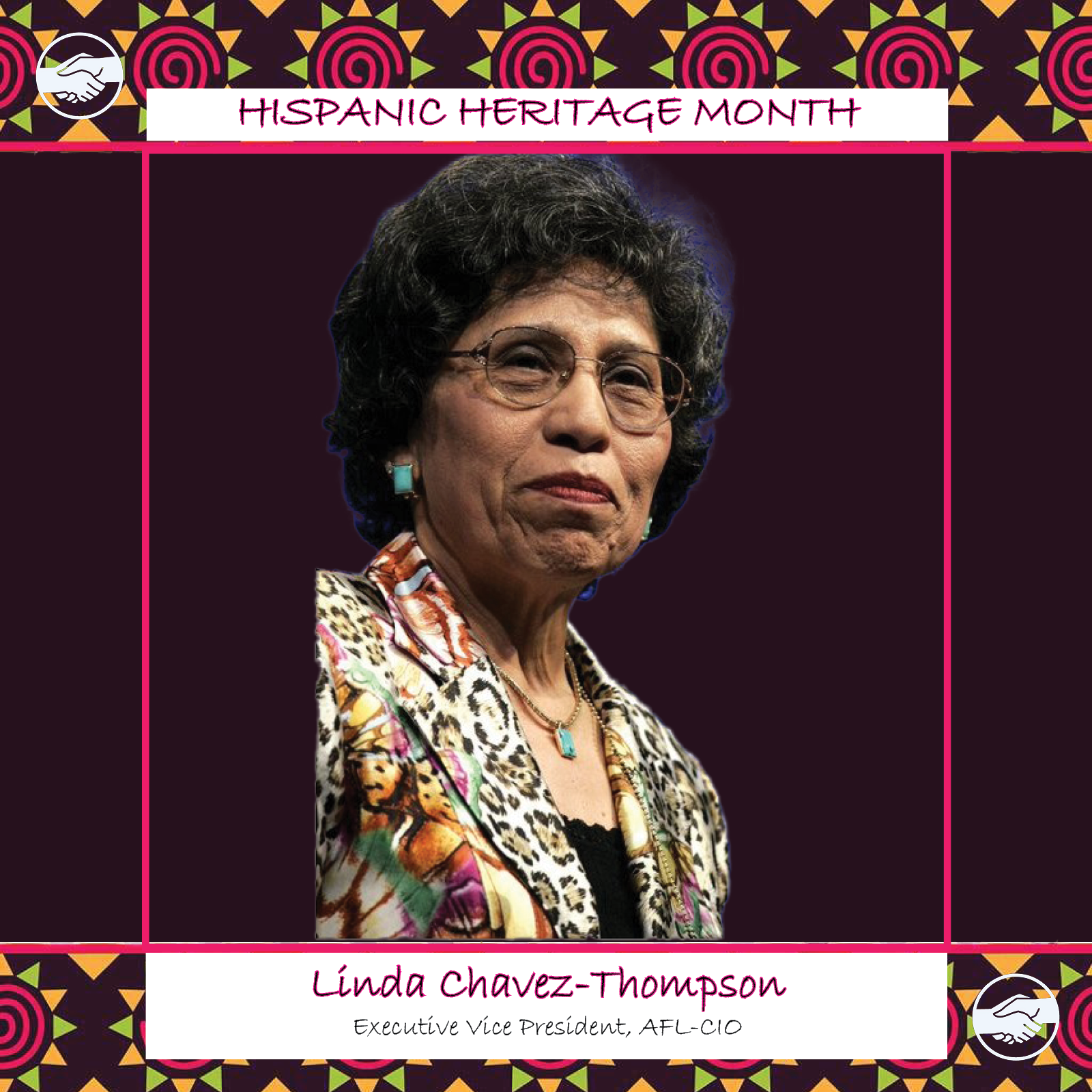 Linda Chavez-Thompson is a second-generation American of Mexican descent who began her Labor career in 1967. After leaving school at an early age to pick cotton with her father, she was hired for a secretary position at the Laborers’ local union in Lubbock, Texas. Throughout her career, Chavez-Thompson served as a member of the Board of Governors for the United Way of America and as a vice chair of the Democratic National Committee. In 1995, Chavez-Thompson was elected executive vice president of the AFL-CIO and was the first person of color to be elected to one of the federation’s three highest offices.

Her most successful initiatives included the promotion of unionization through community groups such as churches, schools, civil rights groups like the NAACP, women’s groups and more.