There’s been more attention on worker strikes and potential strikes this month than we’ve seen in decades. So much so that October has been branded “Striketober” with worker actions occurring throughout the country at John Deere, Kellogg’s, Kaiser and many more.

October 25 is also Larry Itliong Day here in California, a day that recognizes the contributions of one of our state’s greatest labor leaders. And if you know anything about Itliong, you know he’d love Striketober. In fact, he helped lead one of the most successful strikes of all time, The Delano Grape Strike and Boycott.

Larry Itliong immigrated to the United States in 1929 when he was 15 years old and immediately began working as a farm laborer and in the salmon canneries of Alaska. His heart was set on becoming an attorney and seeking justice for the poor. But the poverty he lived through and violent racism he and Filipinos encountered all but barred him from getting the education he initially sought. He never became an attorney, but he became a storied Filipino-American labor leader and organizer, leading labor organizations in Alaska and throughout the West Coast.

He called Stockton his hometown while he recruited more than a thousand new members to join the Agricultural Workers Organizing Committee (AWOC). He was so good at what he did, union leaders asked him to leave for Delano to organize Filipino grape workers. It was there in Delano on September 7, 1965, a small town four hours outside of Stockton, that he convinced the grape workers at Filipino Hall to vote to go on strike. The next day, the Delano Grape Strike began, and more than 2,000 Filipino farmworkers, members of AWOC, marched off the vineyards, demanding $1.40 an hour, 25 cents a box, and the right to form a union.

Itliong soon contacted Cesar Chavez and asked Mexican farmworkers to join the strike. He understood that all workers had to stand together in their fight for justice. Chavez didn’t think his people were ready to go on strike. But he took Itliong’s request back to the National Farm Workers Association (NFWA), and along with Dolores Huerta spoke to the nearly one thousand NFWA members. In a unanimous vote, the Mexicans joined the Filipinos. A year later, AWOC and NFWA merged to become the United Farm Workers (UFW).

While California history rightly recognizes the legendary organizing of Chavez and Huerta, not as much is known about Itliong’s role. As the leader of AWOC, he sparked the Delano Grape Strike which, over five years, brought the Central Valley growers to their knees, leading to historic gains for farmworkers. He Chavez and Huerta also created a lasting partnership between Mexican and Filipino farmworkers, spawning the United Farm Workers union (UFW). Itliong left UFW in 1971 continuing to support various worker causes. He sadly passed away in 1977 of Lou Gehrig’s Disease in Delano.

While for many years Itliong’s contributions legacy hasn’t received the attention it deserves, that’s finally starting to change. From NBC News:

California’s first Filipino American Assemblyman Rob Bonta (D-Alameda) passed a bill requiring the teaching of Itliong and farm worker movement. This year, Gov. Jerry Brown declared Oct. 25, Itliong’s birthday, Larry Itliong Day. In addition, a school in Union City has been named for Itliong and Philip Vera Cruz, and hopes to be the first to kick off the Filipino education component. Another FANHS effort is being led in Stockton by Dillon Delvo, the son of a former AWOC organizer, to name a street after Itliong in a district known as “Little Manila.”

That’s why it’s so important we celebrate the contributions of Filipino-Americans during Filipino-American history month, and specifically Itliong and his fellow farmworkers on October 25. Their legacy is the legacy of our labor movement, and their enormous contributions to building worker power, which can be felt to this day, must never be forgotten. 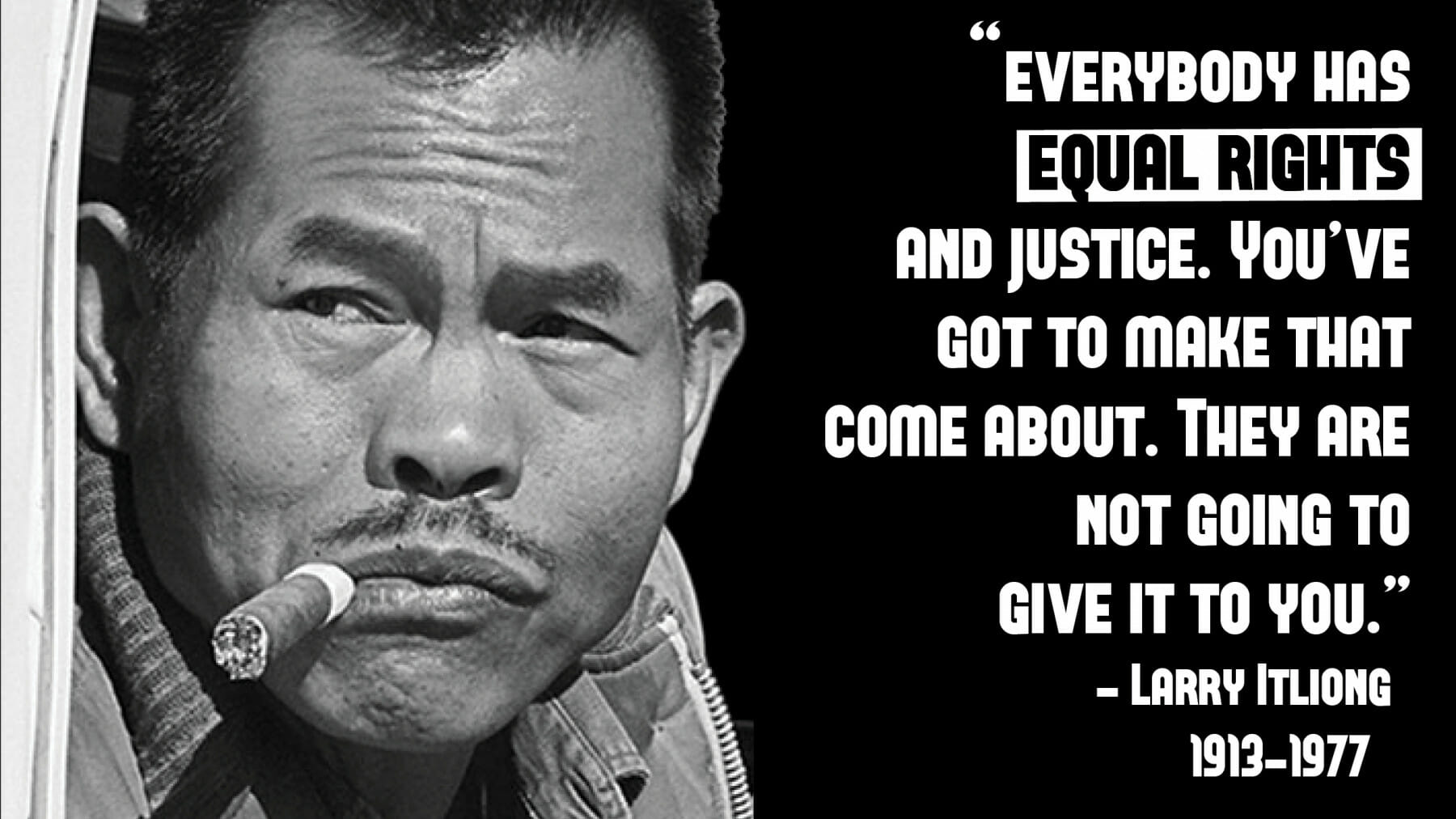