The wave of worker organizing continues!

Workers at Kingspan, a global “green” building materials maker, filed complaints with Cal/OSHA on October 15, and with the State Water Resources Board/CalEPA on October 19, alleging violations of worker safety and clean water laws at the company’s manufacturing facility in Santa Ana. The workers’ stories were featured in a recent LA Times article.

Kingspan workers allege the company has not adhered to parts of the stormwater pollution prevention plan that it filed with the CA Water Control Board — a requirement of the state permit called for by the federal Clean Water Act. The company’s own records show that it has exceeded allowable discharge levels for zinc in stormwater runoff by almost 7 times in 2020-2021 and over 13 times in 2019-2020. The complaint includes allegations that Kingspan instructed a worker to use a leaf blower to blow dust and debris, rather than vacuuming it up per the terms of the pollution prevention plan filed with the state.

The workers — who weld, paint, make fiberglass, work with plastics and assemble skylights — also report unsafe working conditions, including inadequate or non-existent ventilation, and are concerned for their own health and for the possible impact on the community. 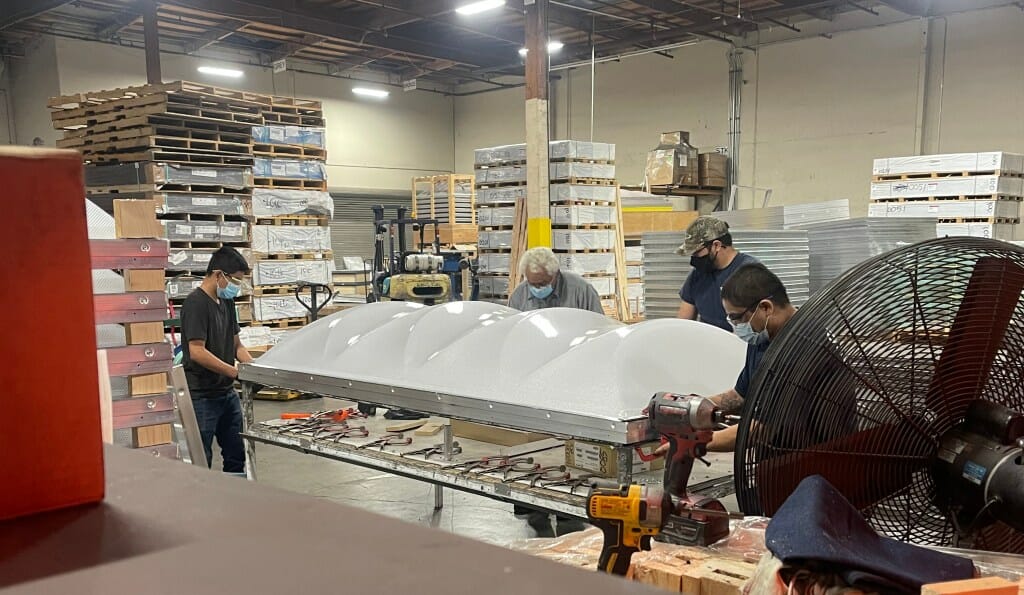 “When you start welding, the material is very dirty. So, it gives off a lot of smoke,” said Micaias Pacheco, who works as a welder at the Kingspan Santa Ana facility. “We have been talking to them for a long time, especially about the extractors we need to get rid of the smoke. But they just say, ‘Later, later, it’s coming.’ ”

The workers joined forces with the local environmental justice movement and an air pollution scientist at UC Irvine, Dr. Shahir Masri, who trained workers to document air quality issues over three days using specialized air monitoring devices. The devices measure particulate matter in the air 2.5 micrometers in diameter or smaller (PM 2.5), or less than 1/30th the diameter of a human hair. Researchers estimate that PM 2.5 accounts for between 85,000 and 200,000 premature deaths each year.  Studies show that Black-, Hispanic-, and Asian-Americans face a higher level of PM 2.5 exposure from industrial sources. This is one of the first attempts by workers themselves to measure air quality levels inside a factory. 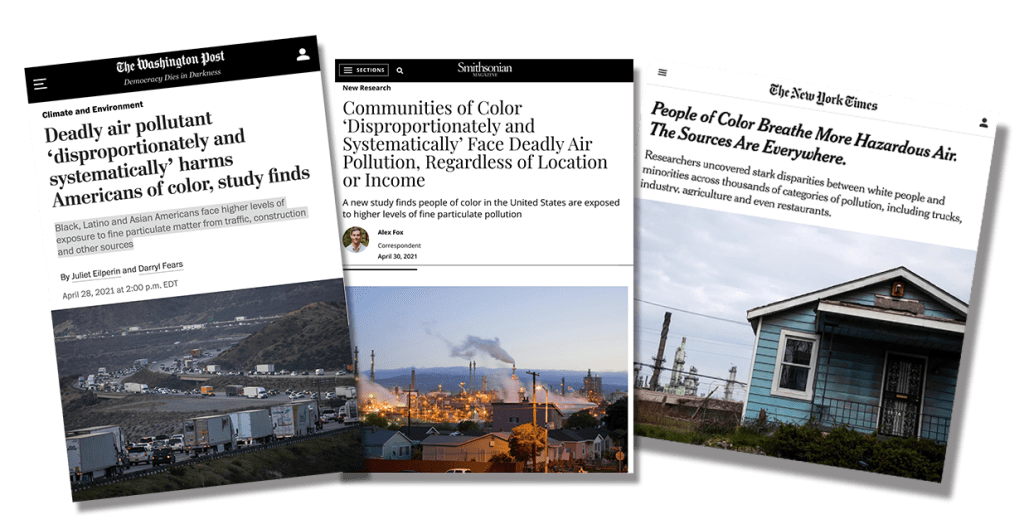 “We’re talking about exposures that we incurred [in southern California] due to wildfires being on par with those that workers on the interior of Kingspan are being exposed to,” Dr. Masri said.

Dr. Masri’s analysis found that the average PM 2.5 concentration inside the Kingspan facility was six to seven-times higher than outdoors (as compared to smoke in wildfire episodes, which often results in a 2- to 4-fold increase in PM 2.5). Of eight employees who carried air monitors, five recorded average PM 2.5 concentrations that, if measured outdoors, would rank between “unhealthy” and “very unhealthy” according to EPA’s Air Quality Index.  Some measurements reached the maximum limit of the monitor’s detection ability.

Kingspan prides itself on its “Planet Passionate” programs designed to “protect the natural environment,” and is headquartered in Ireland, with 166 factories around the world and 15,500 employees. It had global sales of $5.5 billion in 2020. The company’s profit has increased every year since 2008, reaching $600 million in trading profit in 2020 despite COVID-19.

“Kingspan and other corporations like them are responsible to the communities in which they do business,” said Adiel DePano, lead pastor at Santa Ana United Methodist Church. “And workers negatively impacted by such enterprises have the right to ask that those issues be redressed in a fair manner.”

To fight back and protect the community, the workers are organizing a union with SMART. For more info, visit the workers’ website here.