In the two weeks since Trump’s inauguration and his Executive Order urging agencies to “ease the burden of the ACA”, thousands have joined dozens of actions across the state. They are showing no signs of slowing down. And it’s working!

In the past two weeks working people have: 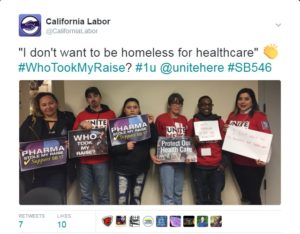